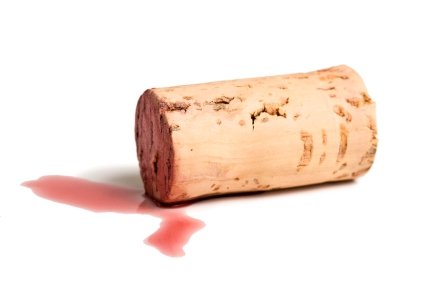 One of the most disheartening things as a wine merchant is having corked wines returned. It’s completely NOT the fault of the customer. We are more than happy to swap out another bottle or provide a full refund upon return, but the thing that makes me sad is had that wine been under screwcap the buyers experience would not have amounted to such disappointment, and it is disappointing when you’re settling down for the evening only to open a rotten bottle. Secondly, of course, we wouldn’t have to deal with replacements/refunds, and just to clarify, it is the merchant who picks up the bill for spoiled wines, not the producer.

This is all part and parcel of being a wine merchant, even though, as we and thousands of other wine writers have expressed, the issue of corked wine shouldn’t be, well, an issue. While I’ll touch once again on why I hate cork, I’m writing this post to get across the importance of educating the wine drinker. While we must persist with cork closure on many wines available to us for the foreseeable future, it is of utmost importance to educate people on how to detect cork taint.

Even more disheartening than having a corked wine returned to us is having a customer believe the wine is corked when it’s perfectly fine. It could be the slightest hint of funky herby earth that doesn’t agree with someones taste and because the wine was under cork it must be cork taint. Before Christmas I can recall a French Cabernet Franc being returned because it was corked. It wasn’t. Two French reds from the Languedoc were returned because they were corked. They weren’t. The worse case was a customer returning five bottles of one particular Chilean red wine, all opened on the same evening and all assumed corked. They were all drinking perfectly. Not even a hint of cork taint. I took one of the bottles home and enjoyed it myself.

Now, let’s be clear before continuing, we offer a 100% guarantee on every wine we sell. If you don’t like that wine for any reason, return it to us for a full, no quibble refund. All the aforementioned customers were given full refunds despite the wines being in excellent drinking condition. The point I’m trying to make is that a huge number of wine drinkers out there don’t know how to detect cork taint. Equally, I fear we have customers who purchase a wine that is genuinely corked and we never hear about it. This is the worst scenario. They drink it anyway and assume that the wine is just crap.

I was delighted to learn that Jack Barrett dedicates time in his wine course (new courses commencing in March – confirmed details to follow in the coming weeks in our newsletter) to teach people how to detect cork taint. He deliberately keeps wines that are not quite right, not only showing obviously corked and oxidised wines, but the varying degrees of each fault. Sometimes a wine can be suspect. For example, it could be mildly corked but still very drinkable.

I’ll leave you with a comment left by Gavin Quinney, owner and winemaker at Château Bauduc. This has been taken from Lar Veale’s sourgrapes.ie, the country’s leading independent wine blog for those who don’t know already. Lar also writes for the Sunday Tribune, and has recently been facilitating a cork vs screwcap debate (here and here) that might help you make up your own mind on the situation.

“Here in Bordeaux, I’m debating on our next bottling and will be in touch with customers, such as Curious Wines, today. I tried Stelvin for our Bauduc blanc 2002 and 2006 vintages, but now there’s much less resistance of course. A non-starter for French sales though – but I really want to go one way or the other, and not offer both corks and Stelvin as before. Logistically a dog for us to offer both and I think we have to stand by our beliefs.

Ireland is presumably fine with Stelvin – especially for whites and rosés? Technically, I’m convinced but we’ll probably stick with top grade corks for the reds. I’m just not sure that people want Chateau-bottled Bordeaux reds with Stelvin in the same way that they want Kiwi Pinots. Not for the moment. (I realise the ‘non-sense’ in my argument there though).

The Bauduc 2002 white – mostly Sauvignon Blanc – I tried the other night, by the way, was surprisingly fresh and delicious and in far better shape than the cork version, and two bottles of a top St-Emilion last night were corked just to drive the point home. As Tim Adams says, no romance in that.

From a practical point of view, I replaced the screwcap on the 2002 white and drank the remainder later. Still fine. I would have forgotten to squeeze in a cork, so the instinctive reaction to replace the screwcap is a big plus when you don’t want to drink a bottle.”

Does Gavin’s experience with the 2002 Bauduc Sauvignon not say it all?