Cava vs Prosecco: A matter of opinion 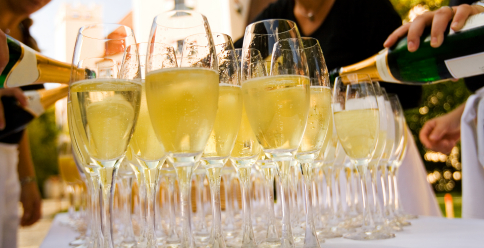 Like wine isn’t subjective enough, but let’s face it, Cava’s better than Prosecco, right? That’s a silly statement, I know. Am I not drinking the right Prosecco? I even hear people say Prosecco is better than Champagne. Now that’s a statement!

This isn’t about deciphering who’s right and who’s wrong. Wine is like that. There are people who just love the fruity sweetness of a Moscato d’Asti, the zippy acidity of their favourite sparkling Sauvignon Blanc, or the biscuity savouriness of the finest Champagne.

When it comes to the big three, in order, I prefer Champagne, Cava and lastly Prosecco. In terms of value for money, Cava is number one. This is not to say Prosecco comes last because I hate it. I love the stuff, I just think in general Cava offers a little more complexity and interest.

What makes them different

Prosecco is the name of the grape variety, grown in Italy’s northern Friuli territory. The wine is made fizzy by the tank method, which involves a second fermentation in giant tanks rather than in bottle. It is then settled and the clear wine pumped off the lees before being bottled under pressure. The price can remain price competitive because it is less labour intensive and because of the time saved during production.

Cava is the neither the name of a grape variety or a region. It is simply the type of wine. The majority of the grapes are grown in Penedès, not far from Barcelona. The traditional varieties are Macabeo (aka Viura), Parellada and Xarel-lo, but more recently Chardonnay, and even Pinot Noir, has found its way into blends, making for a more accessible style worldwide.

Cava is made using the traditional method (méthode traditionnelle), where second fermentation takes place inside the bottle the wine will be sold in. The base wine is bottled with a measured amount of sugar and yeast. The second fermentation will give just the right amount of fizz whilst raising the alcohol level an extra 1-1.5%. It also leaves a sediment of dead yeast cells. This is the key to those complex, savoury flavours. They are removed before release to market by a method known as disgorgement.

As part of our Spanish sale, we have 20% off Cava from our multi-award winning Cava house, Mont Marçal, until the end of April. Our 90 Parker Point Extremarium will be back in stock next week. Pop us a mail if you would like to join the list of reminders.