Carménère ready for a promotion 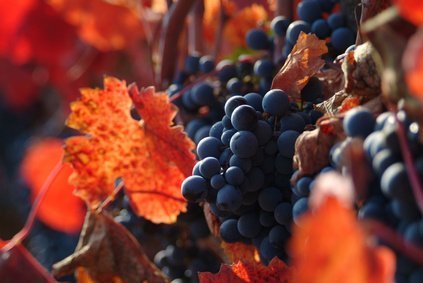 Since I’ve been on the front line of this game I’ve always really enjoyed helping people to discover new wines outside of the norm, away from the standard Sauvignon Blanc, Merlot and Cabernet. Carménère is one of those varieties I like to start with because it’s not a million miles away from Merlot, so it’s not a big step for even infrequent wine drinkers. In fact, you may already know, for many years Carménère was mistaken for Merlot in Chile.

As reported in Harpers Wine & Spirit Reviews last week, a very prominent Master of Wine, Tim Atkin MW, claimed Carménère is now ready to move into the “Premiership” of grape varieties, even if not quite making it into the “Champions League” just yet.

Carménère will produce quite robust reds with high tannins. Atkin was pointing to the fact that the tannin and greenness of the variety is the most difficult thing for winemakers to manage. With such an improvement in Chilean winemaking as a whole over the last twenty years, the bar has been raised considerably.

South American wine expert and fellow MW, Peter Richards, agreed the advances in Carmenere now meant the wines were largely unrecognisable to the ones being produced only a few years ago. It was now possible, he argued, to start assessing Carmenere not on whether it was a green or not, but on where it was being made and by who.

Where it is made and who it is made by is an important issue when it comes to judging wine from a critical point of view. Those that have this sense of place, or “terroir”, or have the signature of the winemaker written all over them, are prized for having the x-factor. That little extra point of difference or unique character they have over other wines in their category. They must stand out from the barrage of average wine and winemakers are now achieving this with the Carménère grape.

Santa Alicia’s Reserva Carménère is my weapon of choice for many a curious wine drinker stumbling across our shop. It gets somewhat more serious with the chocolate blockbusting Gran Reserva Carménère.