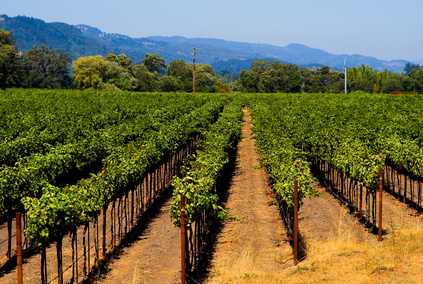 As our promotional focus has shifted for the months of May and June, our Californian range is benefitting from a salivating 20% off. Here’s the great wine state in 10 did-you-knows.

1. The state of California produces around 90% of US-grown wine.

2. If California were a nation, it would be the fourth leading wine-producing country in the world behind France, Italy and Spain.

3. The first vines were planted around 1770 by Franciscan missionaries, the historical evangelists of wine.

4. California avoided the worst of the phylloxera epidemic in the late 19th century, as they grafted European vines with the resistant American rootstock.

5. Despite relatively relaxed wine laws, chaptalization, the process of adding sugar during fermentation to boost alcohol, is not permitted in California.

6. Zinfandel, followed by Cabernet Sauvignon, is California’s signature red grape variety. Full bodied and high in alcohol with flavours of black fruit, dried fruit and sweet spices, the best and most intense are made from old vines.

8. For a long time terroir was somewhat of a bogus term in California. Traditionally winemakers saw themselves as the most important factor in the creation of good wine. Nowadays, however, much more credence is given to the French term.

9. Californian winemakers have a bit of a fetish for French oak. They used to import it by the bucket load until they realised with the right treatment and techniques that their very own American oak also does a great job. It only took the Spanish to find that out first.

10. It’s not all about red wine in California. Full bodied, creamy Chardonnays fermented in oak barrels are popular with the American palate (as they are with my palate!). Sauvignon Blanc, Pinot Grigio and Riesling also flourish.

Get 20% off Californian wines until the end of June – click here.