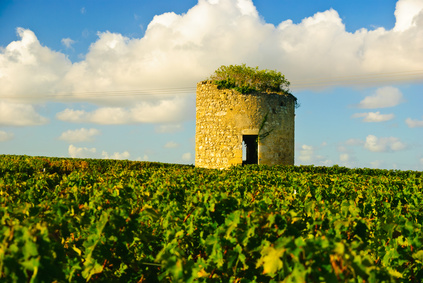 I love simplicity. It’s the only thing that got me through college by the skin of my teeth.

Take something complex and mind-boggling, break it down into bite size chunks and it’s like counting from one to three. That’s what I did with my Month of Bordeaux feature a few years ago when I myself probably learned more about Bordeaux than any of my readers.

It’s a summary or snap shot of the key areas, and it provides a good starting point, or refresher, for exploring the region further. To view the three post feature click here (or on the link above) and scroll down – the last (bottom) post is the first in the series. It takes about five minutes to read and it’ll give you a good idea of what you’re actually buying next time.

So what of Médoc, perhaps the most famous of the Bordeaux wine regions?

I touched on it previously, but in no real detail. Firstly, if you can imagine where Bordeaux is, just inland from the Atlantic Ocean on the west coast of France, about three quarters of the way down. The Gironde estuary narrows as it heads inland from the ocean and gently meanders down in a north easterly direction.

On the left side, or western side of the estuary, lies Médoc, a large area of flat land, the native home to Cabernet Sauvignon it is believed, and the home of some of the world’s most famous wine estates. The four most famous communes in Bordeaux are Margaux, St-Julien, Pauillac and Saint-Estèphe all lie within Médoc.

Cabernet Sauvignon is an interesting choice for Médoc. As a whole, more Merlot is grown in Bordeaux, but Cabernet is a later ripener. With Médoc, like the surrounding area, being a cool climate region, some might find the Cabernets a little austere, particularly in their youth as the sugar levels are generally low. That’s what cool growing seasons do.

Commercially, the riper, sweeter wines of the New World have been giving Bordeaux a run for their money because people want the sweet hit, myself included at times. But more often than not, Bordeaux wines, and indeed those of Médoc, perform at their best after time in bottle and when enjoyed after decanting and with, rather than without, food.

Much of Médoc was marsh before the Dutch drained it in the sixteenth century, which is just as well because it rains a lot. With more than 1,500 vineyards, the region is scattered with pine forests and along the coast and the Gironde it has long sandy beaches.

The gravelly soil assists drainage and is key for retaining heat for ripening the fruit on the vines, as well as allowing the roots to burrow deep into the ground to pick up all the right nutrients. Some parts have more clay and less gravel, which is an advantage in years of little rainfall when too much drainage is a bad thing.

A list of the top ranked wines was produced in 1855 in the Bordeaux Wine Official Classification. If you’ve ever heard of first growth, second growth and so on, this is how they came into being. Of all the sixty-one great classified wines, all but one came from the Médoc region. The exception was the premier cru Château Haut-Brion, produced in the neighbouring Graves, also on the left bank.

The list remains more or less the same to this day, although in 1973 Mouton Rothschild was promoted to Premier Cru status (first growth, and the best of the best) from the second growth category. First growth wines demand a massive price tag, considerably more than second growth.

As a result, perhaps a little unfair but thanks to a glut of rich buyers banging at the door, these five estates can reinvest in all the modern drainage systems and the best new oak barrels you could possibly imagine. As well as this, extensive modernisation throughout each winery has been undertaken, and obviously some pockets have been very well lined along the way.

For mortals like ourselves, Médoc doesn’t have to be expensive. Sometimes they can be a little ‘green’ and herbaceous, like biting into tree bark or sniffing green leaves, which some people love, but they can also be remarkably smooth, minerally and complex. A real treat with good food, or solo if that’s your thing.

Château du Courneau Médoc is a good place to start, before moving up to Château Devise D’Ardilley Haut-Médoc. For 20% off all Bordeaux (€25 and under until the end of August), click here.