Home Blog Food & Recipes Back to Abruzzo – the Good, the Bad and the Ugni

Back to Abruzzo – the Good, the Bad and the Ugni 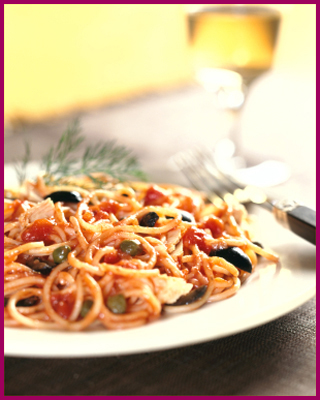 It is with some irony and much sadness that just a couple of weeks after my tribute to the wines of d’Abruzzo, the beautiful mountainous region of central Italy should be international headline news following a devastating earthquake near the medieval city of l’Aquila.

I had planned a follow-up to the (sometimes) magnificent Montepulciano, with a carefully couched post on the (often less than) magnificent Trebbiano d’Abruzzo, with the intent of highlighting a food diamond in the rough. The extensive and very descriptive coverage of the area, towns and villages around l’Aquila has given us an unromanticised view of life in what remains a predominantly rural and proudly traditional backwater of Italy.
In reading up a bit on Abruzzo’s main white grape variety, you get an overwhelming sense of the unspectacular, and often more than a hint of criticism towards its wines. The Oxford Companion to Wine uses adjectives like undistinguished, uninspiring and ‘thin’ to describe Trebbiano and its French synonym Ugni Blanc, and notes a lack of care in many wineries responsible for its production.
Much of this criticism comes from the prolific growth and yields possible from the grape. It is estimated that more wine is produced from the variety than any other in the world, with a greater area covered in Italy and France than any other grape. (Have most people even heard of Ugni Blanc?)
But in understanding the trends of wine consumption around the world, you grasp something of the nature and purpose of production in regions like Abruzzo. Italy has been the world’s largest producer of wine for some time, and on a consumption per capita basis only trails France.
Whilst average consumption has fallen considerably in both countries, the production trends still reflect lifestyles that would have seen country workers consume as much as a litre of table wine a day in days gone by.

Critically, most of this consumption would have been with food, and this is where our Trebbiano defends its corner. Naturally high in acidity, low in alcohol, and unapologetically not bursting with vibrant flavour, Trebbiano d’Abruzzo is by definition a classic food wine, if often limited to good quality table wine status.
With erraticness comes authenticity and, provided it doesn’t pretend to be anything else, long may Abruzzo remain true to its past.
For Trebbiano at its table wine best, try this d’Abruzzo from three-time Italian Winery of the Year Farnese, or as Ugni Blanc in the cracking value Cuvee Jean-Paul Sec from the Côtes de Gascogne (at thankfully the same prices as yesterday thanks to the one good thing that came out of the Budget!).