Home Blog Learn about Wine A Taste of the Writer’s Ink—Exploring the grape variety, Alicante Bouschet

A Taste of the Writer’s Ink—Exploring the grape variety, Alicante Bouschet 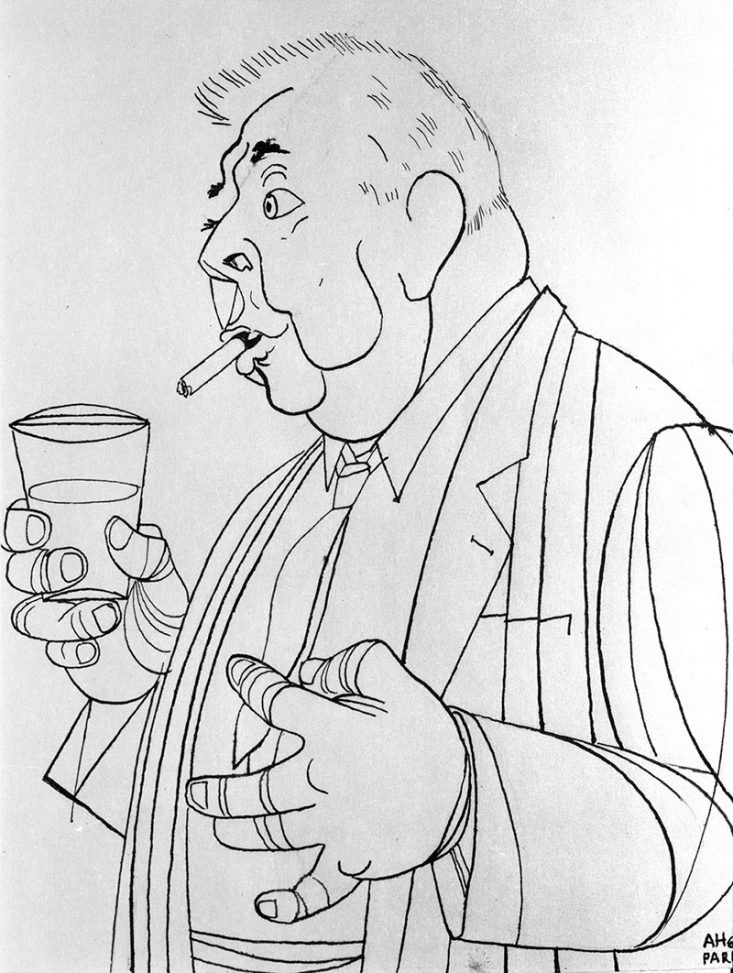 What comes to mind when you hear the word Alicante? You might think of the sun-soaked mecca of Spain’s sprawling Mediterranean coast beloved of golfers and sangria enthusiasts, or of the medieval port city of Alicante itself and its denominated zone of uncomplicated, strong and rustic wines. Or, like me, you might recall the Jacques Prévert poem ‘Alicante’ and ruminate on its beauty and simplicity; his orange on the table, the sweet present of the present and suppose a link between the spell cast by a particularly good bottle of wine and the inspiration that can flow from it.

We have no way of knowing for certain, of course, if French writer Prévert was a fan of the mysterious Southern French grape variety, Alicante Bouschet, but I like to imagine that the poet, a member of the Rue de Château community of surrealist painters and poets formed in Paris in the 1920s, and probably no stranger to an early evening tipple, had a crystal glass of deep purple Coteaux de Béziers cuvée just out of shot when he wrote these winsome lines.

Writers and wine have a long association, of course, going back to ancient Greek times and references to its creative transformative power can be found in myriad texts from Shakespeare to James Joyce to Maya Angelou. Earliest references include Aristophanes who reputedly said,

“Quickly, bring me a beaker of wine, so that I may wet my mind and say something clever.”

Maybe, after a simple dinner of entrecôte and haricots vert Prévert sips the remains of an Alicante Bouschet blended with a little Merlot or Cabernet Franc, (perhaps from the old turn of the century Corbières estate Ollieux-Romanis) and stands by the window intoxicated from the cherry, blackberry and peppery warmth of this unsung and underrated wine, appraises his lover and composes his tribute to them. It’s a great image, but this is the power of using a name to build a story — and Alicante Bouschet is enjoying a deserved renaissance and some new storylines of its own. 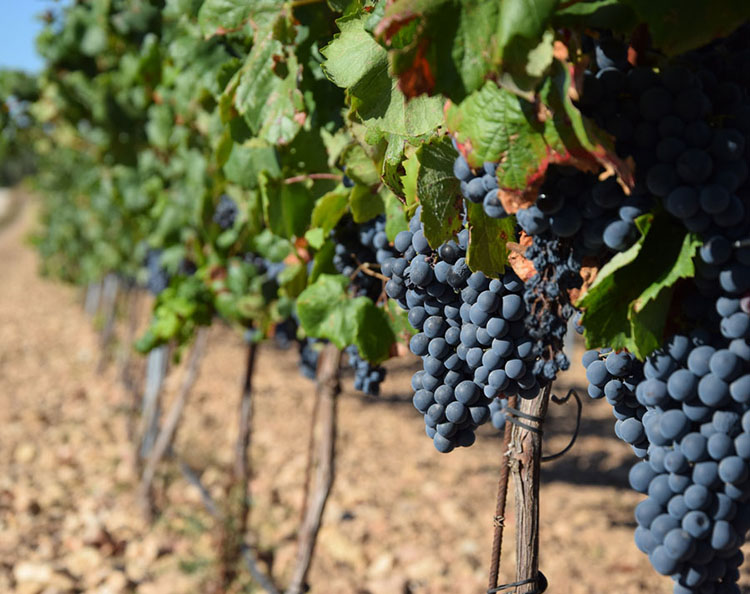 Alicante Bouchet—a grape to dye for

This intense dark coloured fruit, often known simply as Alicante and once the 13th most popular black grape variety of France, is a staple of the huge and sweeping wine landscape of Languedoc Roussillon and a grape variety of which to take new notice. No longer content to be the shy cousin of Grenache, or to hide clumsily in Vin de Pays blends, this Teinturier grape variety (of which there are over 12 varieties) was first bred between 1865 and 1885 by Henri and Louis Bouschet from a crossing of the aforementioned Grenache and Petit Bouschet. Today, it is still an integral component of blends but is showing huge potential as a single varietal.

Teinturier, incidentally, is the French word ‘to dye’ and indeed Alicante creates deep purple, lavishly hued wines from its tannin-rich skins. I find it particularly evocative when grapes earn a local nickname — Teinturier even becomes teinturier du cher in some regions, or ‘expensive dye’ and keeps company with grapes such as Carignan, Cinsault and Saperavi whose flesh is naturally dark. Most grapes noted for the exceptional depth of colour they bring to blends, such as Syrah and Malbec, have light flesh, so Alicante and its kin are considered curiosities as it is their tinted flesh rather than skins that provides the eye-catching colour.

After achieving great initial success in the early 1900s, Alicante Bouschet declined in importance during the 20th century. When left untended, the grape’s deeply vigorous yielding capabilities on fertile soils resulted in huge amounts of largely tasteless juice and it fell out of fashion in favour of more intensely flavoured and balanced varietals. In time, however, with proper control and more rigorous pruning, yields were eventually reduced and flavours and alcoholic strength of the wines were regulated.

Known as Garnacha Tintorera in Spain, where it is most widely cultivated outside France, the grape achieves phenolic ripeness in the warm Almansa region of Castillo-La-Mancha, and can be blended with Monastrell and Tempranillo to varying degrees of success. It also flourishes in the Alentejo in Portugal, where its nickname is Tinta de Escrever or ‘writer’s ink’, putting me in mind of Prévert and his (possibly imagined) liquid inspiration.

The grape is also found in Tuscany, where its traditional role is as a blending grape together with Sangiovese or Carignano in the mineral and savoury wines produced in the area. In Calabria, in Southern Italy, it has enjoyed success as a vibrant and fruity rosé and red wine blends with Barbera and Calabrese, and in Algeria in North Africa contributes to generous, flavoursome blends along with Mourvèdre, Cinsault, and Grenache. 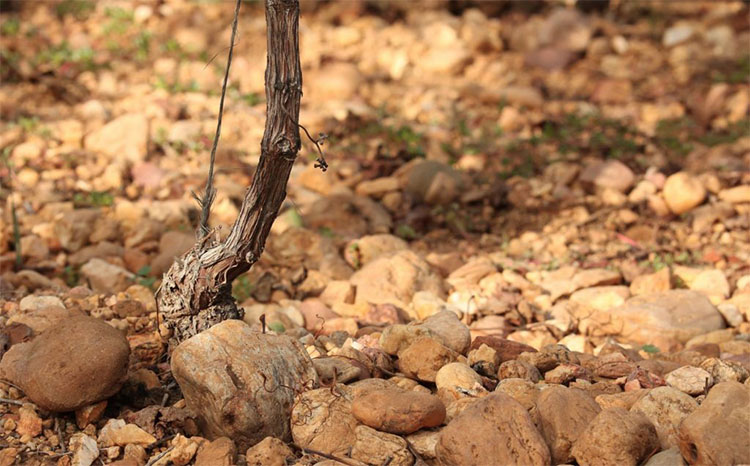 But it is in France, in the regions Languedoc-Roussillon, Provence and also Corsica, that Alicante Bouschet can truly step out of the shadows and shine. Winemakers Alma Cersius create beautiful and complex structured single varietal Alicante from old vines in the Cers, Portiragnes and Villeneuve-lès-Béziers districts, on alluvial soils made from pebbles and clay heated during the summer months by the temperate Mediterranean climate.

Progressive wineries such as Alma Cersius are spotlighting the tenacious and reinvigorated grape and producing an earthy and herbal blackcurrant and black plum single varietal from their vineyard of 1,200 hectares with a focus on biodiverse cultivation, the sustainable management of vines and preservation of existing ecosystems. As for drinking Alicante Bouschet today, its modern manifestation is of a full-bodied, smoky yet sweet wine with firm acidity and balanced alcohol. We like to think that Jacques Prévert would have approved.