A modern style for a modern palate 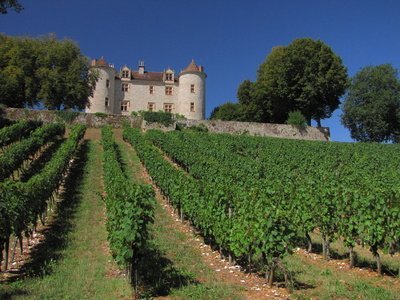 Business is tough in Bordeaux. Although some of the established, high-end wineries have been cashing in on growing demand from Asia’s new found wealth, generic Bordeaux is struggling, and by that I don’t mean the thousand euro-a-case en primeur. I mean the everyday wine. Your inexpensive stuff we open and enjoy with a Sunday roast without a moments thought.

Somewhere in the mass of choice consumers have these days, Bordeaux is losing ground in the entry-level and mid-range market. In the July issue of Decanter Magazine, James Lawther MW has made it his job to find those producers who are not only making good generic Bordeaux, but are succeeding at it. Referring to the opinion of Château Penin’s Patrick Carteyron, he claims there’s no such thing as good and bad terroir, just those that are best adapted to a certain style of wine.

The style of wine is very important for today’s consumer. All the successful producers of AC Bordeaux and Bordeaux Supérieur make a modern style for the modern consumer. Lawther describes the wines being more supple and fruitier than those of the past. This has no doubt helped the success of Château Bauduc in our own range, which he recommends as one of those top producers of generic Bordeaux. The Les Trois Hectares red was pointed out for special praise.

Of course style isn’t everything. A good business plan is paramount. When Martin Krajewski acquired Château de Sours, he calculated that the annual production of 240,000 bottles was too little to survive from, and 540,000 bottles should be the target. He then focused production towards rosé as it has been gathering much popularity of late. Others like Krajewski and Carteyron go to trade shows to hand sell their product. Bauduc has been helped not only by its quality, but by its association with Gordon Ramsay and Rick Stein, as both serve the white as their house wine.