A Messi weekend in Barcelona as Lionel scores four 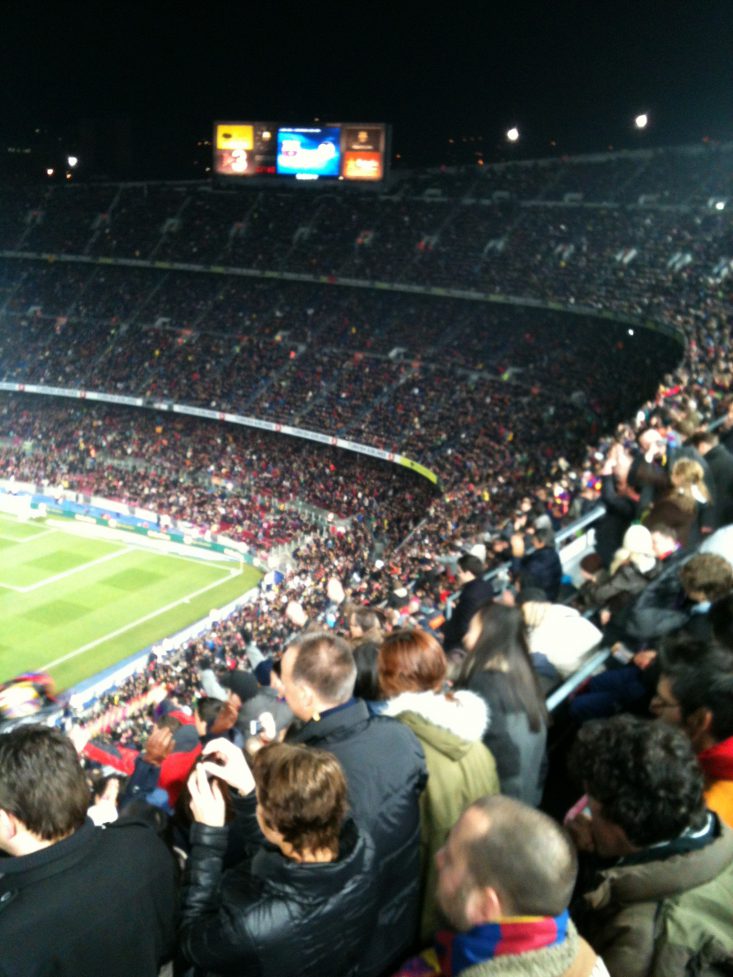 My three brothers and I all share a common interest. We love football. So each year, this being our second year, we’ll head off together to watch a match in Europe. It’s a pact we made a few years ago that we’re determined not to break. Last year it was Real Madrid, and the weekend just past it was Barcelona. So you can see we’ve made an impressive start. Munich is pencilled in for next year. God willing.

Like last year, we had another early start Saturday morning, catching the 6.50am flight from Dublin. We got checked into our hostel around 11.30am local time. I would recommend to anyone staying in Barcelona, check out Casa Gracia. It is centrally located, spotlessly clean and superb value for money. With the match being played the following evening, we had Saturday to check out the city, and in true Kane form, sample the food and drink, which we did with glee. I can’t say it didn’t at times get a little messy, or Messi I should say.

On Sunday we went to see Gaudí’s Gothic masterpiece, Sagrada Família, which is the colossal Cathedral they’ve been building since 1882. I tried to prepare myself for it, I’d heard great things, but my jaw still hit the floor as I walked out of the subway. It is overwhelmingly impressive. Then to La Boqueria, Barcelona’s famous market which dates back to the 1200’s. The only problem with being a visitor is you really can’t take much back with you. That’s why I love being so close to the English Market and the Midleton Market in Cork, where the produce is different but just as good in its own right.

In Madrid we fell in love with the bar hopping and the tapas scene. In Barcelona it didn’t take us too long to realise that tapas are not in fact pivotal to the Catalan culture. We gathered that it was there more for the tourists, hence us. Although the quality was there, we were paying a slight premium compared to prices in the less frequented Madrid. We found ourselves making hard work of trying to find the kind of places that were in abundance on last years trip – small, old, rustic, independently owned eateries with real character that were packed with locals, had a roaring atmosphere, and who were serving up no nonsense, hearty tucker with cheap but very drinkable beer and wine.

Barcelona, is certainly more geared towards the tourist, but that’s not to say that we didn’t find consistently good food. There’s no doubt the ingredients they have at their disposal is something else. Not far from the city is the wine region of Penedès, so we were in the heart of Cava country. Brut Cava and Brut Cava Rosé both got a seeing to on the Saturday. The white Verdejo and the red crianza Rioja was also enjoyed, and it was easy to pick up a good bottle in a centrally located restaurant for around €12 or €13. So it was still comparatively cheaper to home.

Finally, the football, the whole experience only being enhanced by the venue, the incredible 98,000 capacity Camp Nou stadium, the biggest in Europe. This current Barcelona team is arguably the best football team the world has ever seen. That’s why we just had to see them while they were still in their pomp. The team who were at the end of the sword on Sunday night was Valencia, a brilliant club that we’re considering going to see in year 5 or 6 of our annual football trip. They scored the first, which I was hoping for, just to see the reaction from the Catalans. But what happened next was a massacre of intricate passing, heart-stopping skill, devastating pace and ruthless finishing. The man at the centre of it all – Lionel Messi – the little Argentine who could well be the greatest ever footballer ever.

On a whole, it was a fantastic weekend. Barcelona ticked all the right boxes, and whether you’re going for football, a romantic weekend or a family holiday, it comes highly recommended from us. But don’t forget the often forgotten Madrid for something a little more true to Spain.