A+ Australian wine tasting (Obama, Croke Park & all that) 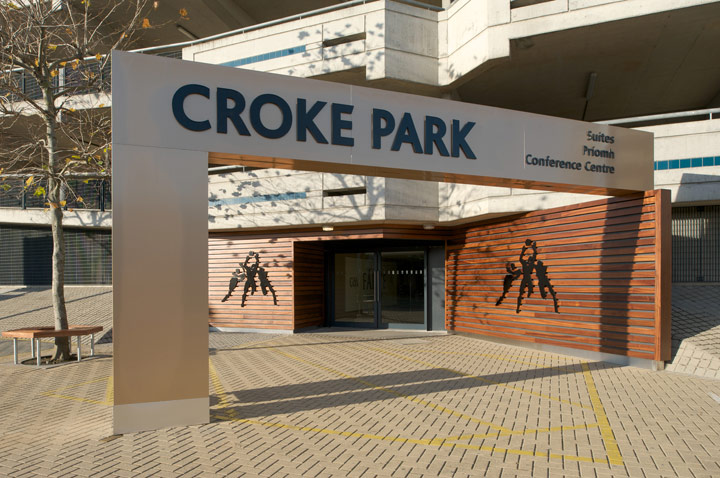 Thankfully President Obama decided not to visit Croke Park on Monday, the venue for the annual A+ Australian Wine tasting. Had the American president wanted to poop the party, there would have been a lot of unhappy wine people ushered out the back door.

The crowd was made up of importers, retailers, restaurateurs, wine writers, and that band that groups pretty much all of us, ‘wine enthusiasts’. All were there to see the quality on show from the land down under, and as well as this we got a feel for the diversity, colour and character of the Australian wine community.

If you can imagine a large room with 29 or 30 tables (perhaps 6-10 wines per table) each showing a range of wines from different wineries and importers. The day began with the ‘silent zone’. The winemakers and importers had to leave the room and give the tasters some peace to work away themselves. It was also nice because it wasn’t too busy at that stage.

Stand no. 25 was a focused table, ‘The Pinot Pulpit’. Fifteen Pinot Noir’s from across Australia, all to be tasted blind as the bottles, and thus the labels, were concealed. There was a tasting route called ‘The Riesling Trail’, taking the taster through 17 different Rieslings. I thought the highlight was the tutored tasting. There were in fact three tutored tastings which took place in a separate room during the afternoon.

I went to the Chardonnay tutored tasting presented by Bernard Hickin, Chief Winemaker at Jacob’s Creek. ‘The Changing Face of Australian Chardonnay’ was the headline title for the session. A class of around 30 enthusiasts tasted nine Chardonnay’s over the space of 45 minutes, with Bernard discussing each one and tying it in with the above title. Aussie Chardonnay is moving away from super-rich, opulent, textured styles and is now offering more restraint and layered complexity using a more delicate balance of older oak.

I was gutted to miss the last tutored tasting – ‘Barossa Through the Ages’, which included a 1980 Eden Valley Cabernet Shiraz, a 2004 Semillon, and two we’re very familiar with here, Glaetzer’s 2005 Amon-Ra and Langmeil’s 2004 Freedom Shiraz. I had to catch a plane and was worried “the beast” might have been holding up traffic. In actual fact it got stuck here for most of the afternoon, so I was fine for time. You can check out Dermot Nolan’s Barossa beauties post on that one. *Damn*

And I must say, going back to Semillon, one of the highlights of the tasting for me was Peter Lehmann’s 2001 Semillon. Seriously, I mean seriously, brilliant.