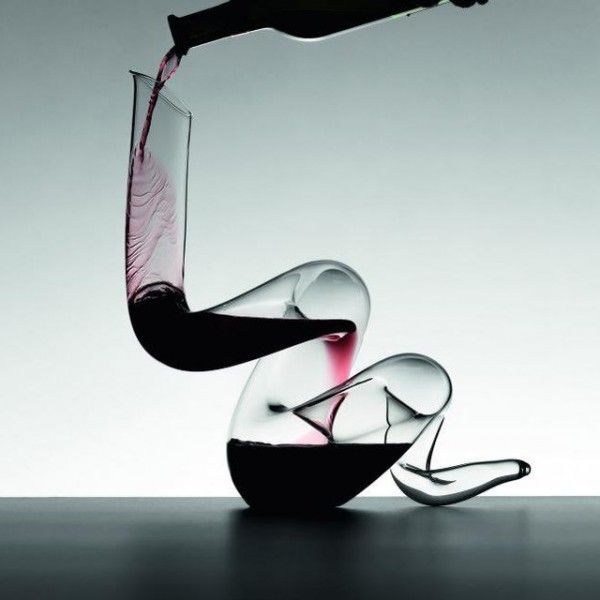 1. Coax mute wines into life: While the science is beyond the scope of this post (i.e. I can’t explain it), exposing a wine to air allows it to open up, blossom and become more expressive, soft and aromatic. This is especially true of too-young reds, which might otherwise be sullen and hard. “It’s the equivalent of charm school”, says Decanter magazine.

2. Avoid a gritty drama: Have you ever had a mouthful of silty wine sediment – not nice, is it? Solve this classic first world problem by standing likely offenders (mature, tannic reds) upright for a day or two, before gently decanting the lovely wine off its devil-dregs. (Less relevant than before, admittedly, as most wines are drunk young these days.)

3. Clean the juice: ‘Bottle stink’ is an unusually frank wine term that describes ‘off aromas’ (e.g. sulpher, vinegar) that are sometimes present when a bottle is first opened. Thrashing the noxious wine in a decanter can help dissipate the foul aromas and allow it to show its – hopefully nicer – underlying character. 4. Facilitate blind tasting: Disappointingly, the convention used for blind tasting is to hide the wine’s identity and not blindfold the person doing the tasting (although there is no law against the latter). Using a decanter is an easy way to keep tasters in the dark – and looks better than sellotaping a paper bag around the bottle. (Of course, most normal people don’t drink their wine blind. But still.)

5. Create in-house theatre: What dinner party isn’t elevated by the arresting presence of a glass centrepiece shaped like snail, boa constrictor (above) or vine root system? An additional benefit is that any awkward lull in the conversation can be filled with: “So what do you all think of my flamingo decanter?”

6. Warm up your white: Whites don’t usually throw a sediment (except sometimes crystal-like, harmless tartrates) but you might want to decant anyway to help bring them up to a good serving temperature (say, 13°C for a full bodied white) if the bottle has been taken straight from the fridge (around 4°C, which is too cold).

Double-decant: Decant the wine into a decanter for a bit before pouring it back into its original container. Useful for when you’ve cracked open a bottle of Lafite or Langmeil The Freedom that you want to fondle and admire as you work your way through it.

Hyper-decant: Use an electric blender, whisk or similar to agitate the wine and increase its exposure to air, thereby accelerating the mysterious effects of decanting. Controversial, and best done out of sight of others.

Sediment: Solids that eventually precipitate out of a wine, including pigmented tannins and tartrates. Normally found only in fine wines with some bottle age.