2010 an "extreme" vintage for Germany 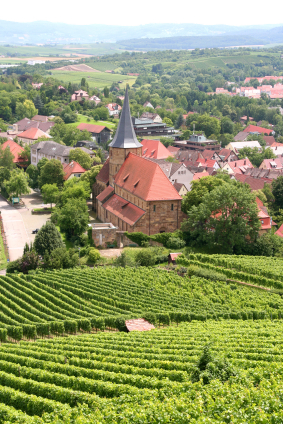 2010 could be a year to remember for German winemakers. Extreme weather conditions has led to extreme wines, with leading winemakers suggesting the lowest yields in 30 years have helped produce the most concentrated wines in memory.

In comparison, 2009 was a year for soft, youthful wines, whereas many wines from the 2010 vintage are showing great aging potential. This is partly down to cold and damp weather conditions restricting yields by up to 25%, according to the German Wine Institute. Some of the bigger estates have lost as much as 60% of their yield.

Being such a northerly winemaking nation, Germany’s climate is cool. Riesling does well here, and there are plenty of excellent sites for this fickle variety. After Riesling, Müller-Thurgau is the most planted white grape variety, and like the red Dornfelder, is a hybrid (or a cross), making it highly resistant to a cooler, damp climate. These wines should prosper despite the freak weather, although some winemakers may be expecting more irregular vintages with the continued impact of climate change.

So overall, is 2010 regarded as an extremely bad vintage or an extremely good vintage? It depends on the grape variety. Many Rieslings are said to be absolutely exceptional, with big acidity backing up the rich flavour profiles, although it may be more difficult to tell the difference between Kabinett and the late harvested Spätlese wines considering the increased concentration levels.

The conditions were too difficult for Spätburgunder (Pinot Noir) as it suffered with the rain, so in some respects German wine drinking enthusiants might be in for a more limited choice, but it’s also looking like they might be able to get their hands on some of the greatest German whites ever produced. Most wineries are expected to maintain 2009 price levels.

Pictured: German vineyards on a nice day, probably not 2010.